Just 4 days before the 20th SCF anniversary (yes, I’m still hoping the band does something), Jason posted an early version of the lyrics to Spin which shows the date “May 99”. This was probably an early draft since there is a bridge and the initial version didn’t have one. “Spin” was written when Jason was 16 putting it around late ‘96/97.

What do you think? 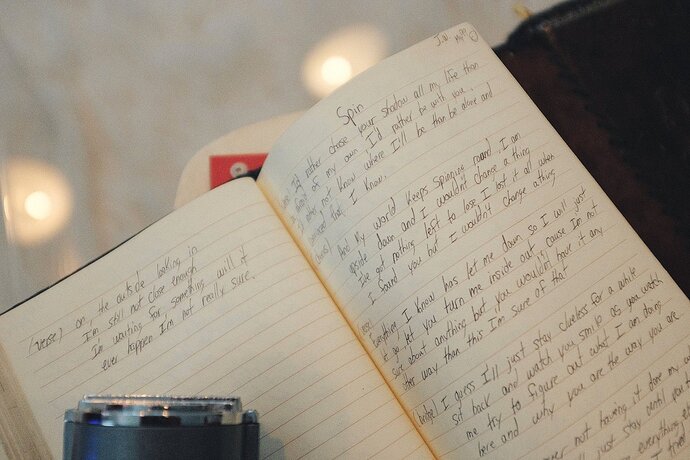 I love this, though at that price… ooff I don’t think I have that extra money lying around.

On the Stanley Climbfall 20th years, I hope they’ll do a live performance of each song like they did for No Name Face. If they really gonna do it, we should’ve get some announcement of sort by now. A man can dream…

These lyrics are fascinating! I remember Jason saying the song didn’t have a bridge, and Ron Aniello helped him write one… turns out it just had a third verse of sorts. I get strong Trying vibes with it, and wonder what more is cut off at the bottom of the photograph. Hard to guess what the melody would’ve been with these lyrics too haha

Yeah it’s a steep price. I’d love to know what they say but I’m just not that kind of collector about anything lol

Still nothing from the band regarding SCF’s anniversary. Not too surprised but it is disappointing. Such an underrated record.

Jason just posted an acoustic rendition of Wash on Instagram. It’s got a bit of a folksy vibe to it similar to some of his solo stuff.