Hey i forgot this was here i made a mistake and posted my topic on the b-sides forum
but i’m curious if anybody has all of the Live shows in mp3 format but i specifically just want these that Terry Prusak uploaded on his Youtube channel thanks for you help if you guys can!

the rest of the uploads don’t have the banter

I have all but the 2002 After 5 Live. I thought I did but it may have been lost at some point. I’ll PM you tomorrow.

I recently bought a DVD containing the full video recording of Pinkpop ‘03 so I’ll have to cut it up into audio tracks first.

Awesome man also terry prusak was the one who uploaded all of those i mentioned i really want the original older Lifehouse shows to upload them to my channel just named Jonathan Bowman its the one with the pfp of the lifehouse members plus did the dvd include the intro and the banter i mean answer back that question when you are able to get to it thanks Shawn! through!

I’m fairly certain it was the full concert start to finish but I’ll check tomorrow night after work and let you know.

btw was those dead links done on purpose just so your older forum will be dead for real or he just left from the community or other reasons i also been wanting most of what he shared as well.

A lot of those links expired (mediafire). It’s hard finding a lot of that stuff these days because Lifehouse has been quiet for years which means the community isn’t very busy. A few of us try to keep things going but a lot of the stuff hosted elsewhere is lost to time.

i also have a question how come there is no Lifehouse Live Shows on the Archive.org?

@shawn by the way how many Live shows do you have?

Hey guys does anyone have these?

but thanks guys if you can help!

Most the sites that had Lifehouse media weren’t archived (the media files). One site in particular (lifehouse-media I believe) was run by ezyeric in the mid-2000s.

@JonathanDisarray1 According to my library, I have 34 but I probably have a couple of more kicking around just not organized.

I haven’t had a chance to get these uploaded but hopefully this weekend.

also mind if i upload at least everyone or just a few to youtube i will credit whoever needs to be credited you and dewy or dewey i forget sometimes btw here’s the playlist for what i uploaded so far btw i hate to say it but there’s 2 reasons i want these is to listen to them out of my curiosity and to share them to my youtube channel.

btw edit this channel right here made me want to be in this community and introduced me to Vertical Horizon Go and Lifehouse other words he’s my inspiration. 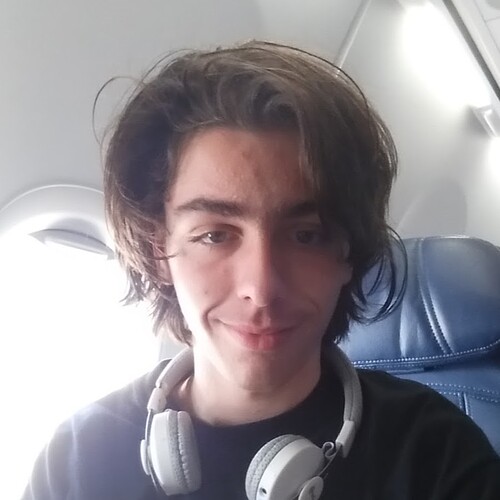 Share your videos with friends, family, and the world

hey guys is everybody alright?

Merry Christmas Shawn and Everybody!

Sorry Jon, busy couple of weeks. I’ll do my best to get these to you today.

but the mystery is what was the 2008 disarray tour version?

I’ll have to check my Pinkpop 03 DVD and see if it had the intro. I’m fairly certain it did because I remember the announcer introducing the band. Sorry, been super busy with a new job and baby it’s been hard to get up here as often as I’d like.

Thanks Robert! Ode to Silence has been a good, relaxing album my son and I listen to. Played that one on repeat for the first month lol